What do you do when a long-time friend tells you that the clock she recently inherited is going to be part of an exhibit opening in the American Wing at the Metropolitan Museum?

‘The Artistic Furniture of the Gilded Age’….the American period from the late 1870s until about 1900. 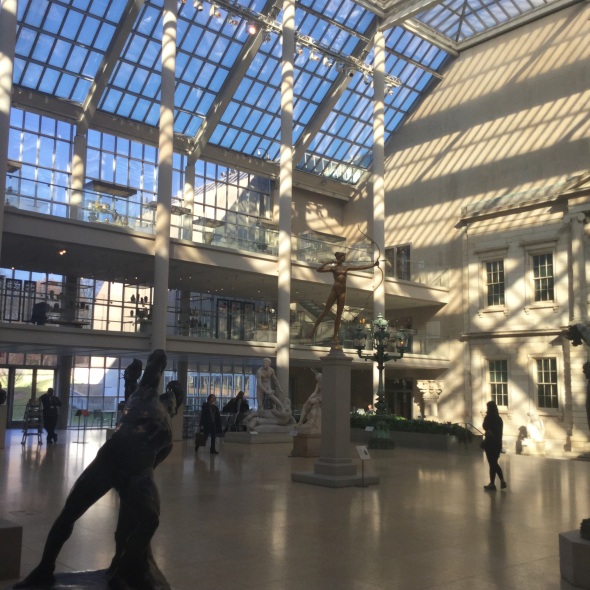 Daylight view of the Engelhard Court in the American Wing

And, that she is inviting me to attend the gala preview party at the Museum?

Well, you hop on a plane and get to New York, that’s what!

How many opportunities in life will there be to sip a cocktail and nibble caviar hors d’oeuvres with 200 museum patrons in the gorgeous Charles Engelhard Court of the museum? And, then have a private after-hours tour of the exhibit? 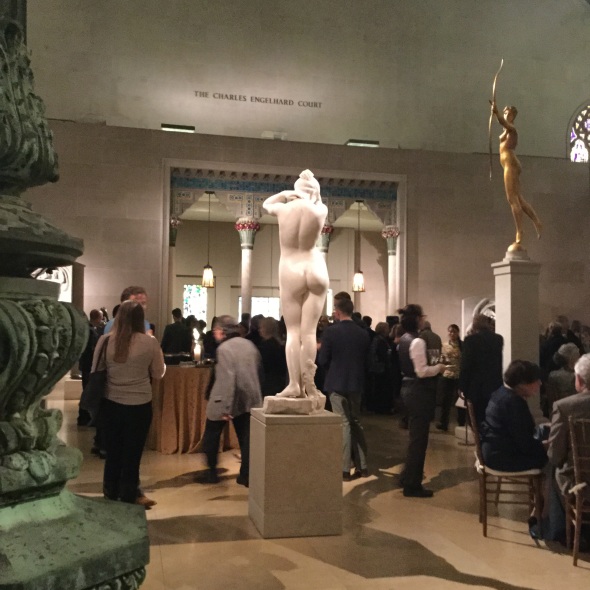 Engelhard Court during the Gala Preview.

Here are some highlights of that magical evening.

This is the model of a New York  City townhouse of the Gilded Age period, just off Fifth Avenue. This beautiful manse was demolished in 1938. Sadly, other similarly situated  houses as elaborate and historically  important as this one also have been razed in the name of progress.

Richly carved, dark or inlaid wood, and heavy, elaborate fabrics ruled the interiors of the day. Here is the piano in the exhibit, which was rescued from a church basement. It still has the original strings! 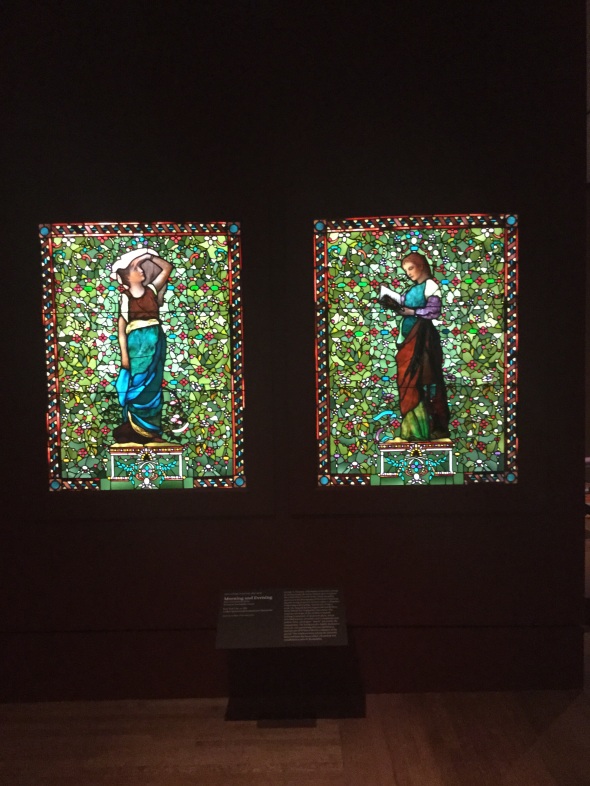 My friend, a native Alabamian living in Houston for years, by nature is curious and detailed (she is also very smart, as her C.P.A. designation attests).

Once she began researching the very unusual wall clock, she felt like it had a measure of importance. Here is the clock, so special and integral to the exhibit, that the director of the American Wing flew to Houston the next day after my friend called to tell him  what she thought might have. 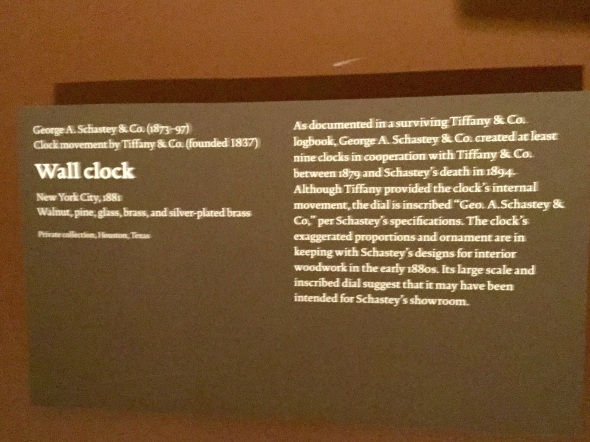 Let me backtrack a moment, now that you have seen the clock. The clock was actually inherited by a friend of my friend, who did not have a place for it. It was given to my friend, knowing that she adored the father who owned the clock, and out of generosity.

Truly, the clock is so ornate, and of such scale, that it needs just the right place to hang. And, I must say, it was sincerely offered back to the original family once its true provenance was learned.

After the clock was in the hands of museum curators, careful examination with mirrors into the clock’s movement yielded proof that the clock was signed Tiffany. This was very exciting news for both the museum and my friend! Furthermore, a surviving Tiffany logbook from the period records the exact serial number (only nine are known to have been made, this was the ninth) and a price of $187.50!

For some reason, George A. Schastey, one of the most important interior designers of the day, is not now a household name. His chief rival, the Herter Brothers Company, is more widely recognized, and also represented in this fascinating, strictly American exhibit.

Mr. Schastey’s great-great granddaughter was an honored guest at the exhibit, attending with her husband of 58 years!

A night to remember!

Thank you, dear friend L.B.D. for including me.

This entry was posted on December 20, 2015 by Ellen at Color Calling. It was filed under Residential styling .

Now, what do YOU think? I'd love to hear from you! Cancel reply